I got a letter from Virgin Media this morning telling me that they were putting up my monthly bill by £4.89.  Apparently, this increase in charges allows them to continue providing their “amazing service” which has only let me down a handful of times this year.

Price rises are a pain in the bum, and there’s plenty of other places I’d rather spend the extra £60 per year they want to charge me.  I don’t mind paying more if I’m getting more, but when it’s a service that’s been totally commoditised and the general market trends are downwards, I’d rather not be penalised for loyalty.  So I called Virgin to cancel.

Eventually I got a better deal, but here’s how I got it.

Seriously.  There must be a better way of handling calls than having to navigate a vague menu system where none of the options really describe what you’re looking for.

Virgin Media’s menu system seems custom designed to frustrate callers.  By the time you’ve chosen options 1, 3, 1, 4 and waited for 10 minutes listening to an unidentifiable song, you’re not really in the best of moods.

Anyway, eventually I got through.

I spoke to Jay in the Virgin Media Call centre.  He was very polite.  I probably wasn’t.  Sorry about that.

I explained that I was unhappy about the increase in the price of my bundle, and asked what extra they were giving me for the £60 or so a year that they wanted to charge on top of the current fee.  He said it was just a general price rise.

I said, I don’t mind a price rise, but there’s got to be a little bit of added value in there.  Especially when they’re asking for an extra 7% when inflation is only 1.3%. Jay said “I’ll, …”

So Jay went away for a few minutes to talk to his supervisor about the rude northerner on the phone not being happy about paying more for the same thing.  I got to listen to a bit more 1Direction, and eventually he came back.

“So” he said “I’ve checked and we can move you onto a slightly different package so you’ll be paying £9 per month less from today, but you’ll still have the price increase in February, but your price next year will be £4 less than you’re paying now.  Oh, and you’ll also get the new 150MB broadband speed.  That’s instead of the 50MB that you’re getting at the moment.”

OK, so I need to commit for another 12 months, but I probably would have done anyway, and the fact is that there’s so much competition with Sky,  BT, Talk-Talk, EE, and everyone else, that the chances are, I’d have any early termination fee paid by them.

So What’s the Point?

This morning, just under 5 million households will have got a letter from Virgin telling them that the price is going up by just shy of £5 per month next year.  Let’s call that about £300 Million in additional revenue for Virgin Media.

The problem is that Virgin have sent out the letters a month before Christmas.  That’s pretty bad timing, because it’s the time of year when people are a bit more conscious of their outgoings because of, y’know, Christmas and stuff.

Also, the price rise is well above inflation.  People don’t really like that kind of thing, because on the whole wages are usually tied to inflation – if they’re going up at all.

And of course, there’s whatever new customer incentive they’re offering at any time.  Right now it’s £100 cash back on Virgin, but that ends at midnight.  Sky are offering a Samsung Galaxy Tab, BT are offering a discount to about £15 per month for 6 months.

And those deals are super attractive to people who’ve just been hit with a price rise they didn’t fancy.

Virgin Media sent me a price increase, I ended up paying less.  They don’t want to lose customers, so pretty much everyone who calls to complain will get offered the same thing.  If half of their customers rang up to complain and got the same deal as I did, then any revenue gain from the price increase will be wiped out.

But… They will have to handle 2.5 million calls through their call centre, which will mean longer waiting times, and paying more for staff.  The longer you wait for a call to be answered, the less likely it is you’ll be in a tip top mood when Jay or one of his colleagues answer.  So you’ll be more likely to cancel.

Virgin could have got themselves a tonne of good press this week by either: 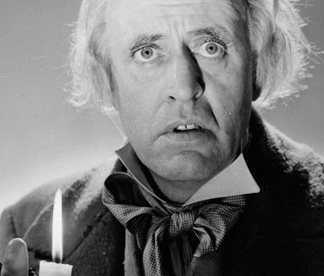 But they haven’t, they’ve chosen to apply an above inflation price increase to customers at entirely the worst time of year to charge people more, and they aren’t offering anything extra to justify it.  That makes them look a little bit mean.

A lot of people will probably cancel their contract with Virgin – the letter they’ve sent out tells you that you can do so without penalty up until 31 January.  That means if you call them to enquire about your opportunities, they’ll almost certainly give you the same deal they gave me.

The call centre at Virgin is going to get hammered over the next few days, and the staff are going to get beasted by their customers and their bosses.  It won’t be very nice for them.  Some will leave.  That’s a shame.  For all the investment that companies like Virgin make in groovy tools to monitor social media sentiment online or analyse what price increase customers will accept being squeezed for, the best source of information about how your business is perceived is almost universally the front line staff who have to deal with your customers when the relationship they have with you is at its worst.