There used to be a paradigm that only only six steps separated us from anyone else on the planet.  The small world phenomenon even spawned a game “The Six Degrees of Kevin Bacon” – there’s even a website for it which allows you to calculate the Bacon number  for any actor based on the movies that they’ve appeared in.

The idea of six degrees of separation was based on the average number of people a person knew, and the average number of people known by those people.  Now of course, people maintain connections with larger groups through online social networks, and that’s led Facebook to release numbers this week that suggest that we live in a world of 3.74 degrees of separation.

This has benefits.  It’s easier to get introduced to people you might want to know, although it does make “friend of a friend” stories a little harder.  It also causes problems.  And can lead to unwanted consequences.

At the weekend, the Wales Football Manager Gary Speed took his own life.  It’s tragic.  I’m Welsh, and it was nice to see some progress for the national team.  I’m also a casual Everton fan, and he was a great player for the team and although he was only there for a season and a half, he made a huge impact with fans.

Why is this important?

For a start, it’s important because an event like Gary Speed’s suicide brings attention to conditions like depression.  It encourages people to seek help and to talk to friends and family about how they feel.  It encourages openness about a taboo subject, which hopefully means that some good can come out of what is a pretty awful situation.

Seriously, if you do need help, try one of these resources:

If you don’t need help, but feel like you can help other people, you could always volunteer for the Samaritans, or donate to a charity like Mind.  These are good things to do, you should do them.

In most cases, none of us are particularly unpleasant people.  We  generally don’t like to hurt other people if we can avoid it, and the last thing we’d do if we knew the family of someone who had committed suicide would be to mock them.  On the other hand, when someone is in the public eye, they’re often considered fair game, we feel relatively comfortable joking about it when something unfortunate happens to a famous person.  We might even update our Facebook status with a cutting remark, or a joke at their expense.

I’ve got a Facebook Friend like that.  We all probably do, someone whose Facebook stream is pretty much a copy&paste of whatever tickles his fancy on Sickipedia.  That’s fine, and most people ignore it.  This weekend, he posted something pretty tasteless about Gary Speed.

No-one “liked” the update, but about 20 people commented on it.  The 46 comments they made were a mix of “good one” and “too soon”.  It’s probably not the kind of comment that my friend would have made face to face with Gary Speed’s widow or his kids, however, it’s exactly the kind of comment that they’ll see a lot of over the coming weeks.   It probably won’t help them much.

Because of the way content surfaces for people in Facebook it attracts people from outside your direct social circle to contribute.  If I see that a friend has commented on a piece of content that might interest me, I’ll sometimes take a look.  On occasion, I might decide that the person is interesting enough for me to connect with.  Given that there are apparently 3.74 degrees of separation between me and anyone else on Facebook, I’m not that far from content about them.

The act is, with Facebook, nothing is so private any more, and that the more connected we become, the more responsible we have to be about what we post.  Offending people for the sake of it isn’t cool.  Especially when that person is already hurting.  As Spider-Man would say:  With great power comes great responsibility. 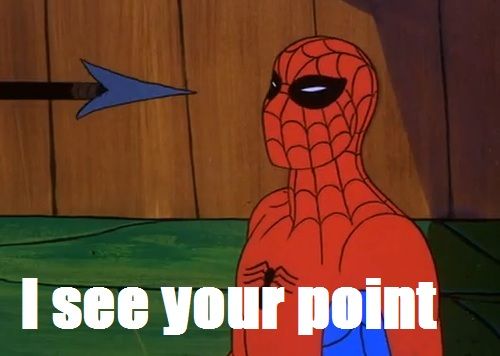 There’s a saying that’s worth bearing in mind:

Nowhere is this more pertinent than on Facebook.  If you wouldn’t want your mum to read something, don’t write it, if you don’t agree with something, don’t comment on it.  If you don’t want someone who is likely to be offended by a post to be exposed to it, don’t share it.